Turkey is an enchanting country. However, the history never fails to connect at a spiritual level. Such was a city called Ephesus. There were only ruins and tourists, but through it I saw what it used to be. Marble paths that once used to be guarded, officials in courts making supreme decisions and maidens who sang songs beside fountains with excited water glittering under the sun. I saw it all.

As my advancing steps on the glistening tiles come to a halt, I stare in awe at the enormous Library. Ruined, but standing tall enough to capture the radiance and authenticity of the ancient Greek city.

Colossal striated columns rise from the ground, welcoming a visitor to the Library of Celsus. Walls are engraved with honored names and mantras. But all this is only a façade. Beyond lies a bare empty space in place of what used to be a majestic architecture, carrying thousands of least to most paramount scrolls. This glimpse of the past creates a pang of nostalgia for an ethereal time I’ll never know. 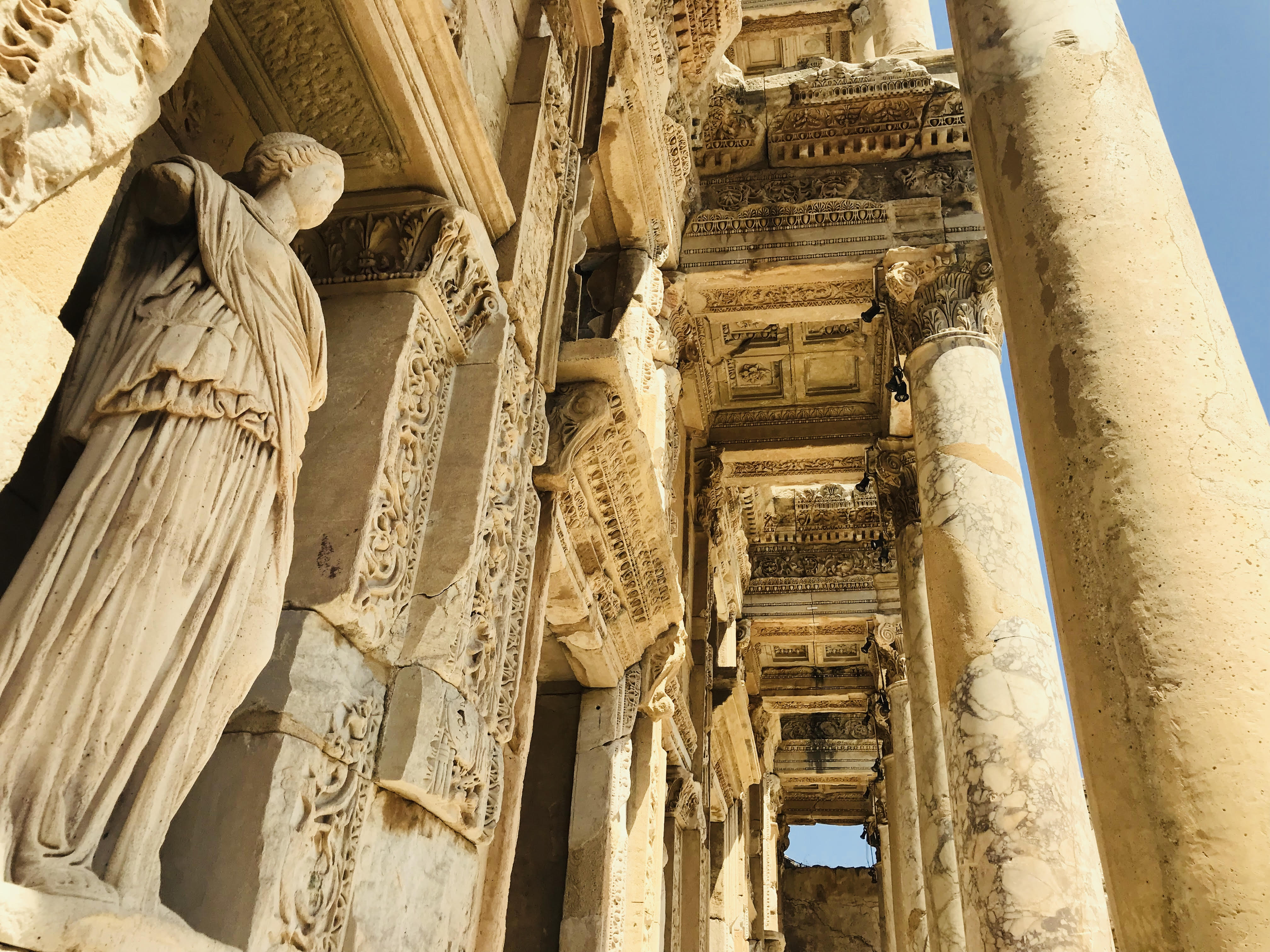